A business cluster is a geographic concentration of interconnected businesses, suppliers, and associated institutions in a particular field. Clusters are considered to increase the productivity with which companies can compete, nationally and globally. Accounting is a part of the business cluster. <Wikipedia>

Business clusters are found in industry around the world.  However, my observation is that they are much more pronounced in China than Europe or America.  Perhaps, this is due to the greater state involvement in industrial planning and the conscious effort to promote industry clusters.  On the 23rd & 24th of September 2020, I had the opportunity to visit the area of Taicang, Jiangsu province, the Sino-German cluster for Industry 4.0 in China. 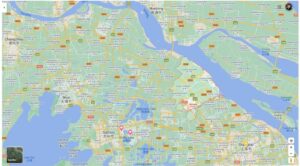 Taicang is just northeast of Suzhou and northwest from Shanghai.  It is part of the Yangtze River Delta region, one of the major economic zones in China that includes Shanghai, Suzhou, Hangzhou, Wuxi and surrounding cities and villages.  Industry 4.0 is a focus on SEIML and I was pleased to get an introduction to the area.

According to the Taicang government, there are 340 German enterprises in the area with an investment of USD 5.0 billion making it the most populated area of German funded enterprises in China.  The (China) Ministry of Commerce and the German Ministry of Economy jointly awarded Taicang the title of China’s first and only ‘Sino German Enterprise Cooperation Base’. 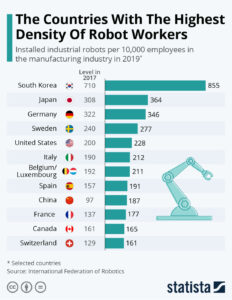 As seen in the graphic left, though manufacturing is very large in China, the usage of robotics (as a proxy for the development of smart manufacturing) lags many other countries.  Based on 2019 statistics, it is ranked nineth and well behind the leader of South Korea.  Given the importance of manufacturing in China and the current competitive challenges, greatly increasing Smart Manufacturing is considered a key economic goal.  The Sino – German relationship is critical in this development due to Germany’s leading role in Industry 4.0.

Industry 4.0 can be applied to any manufacturing process, though we are focusing on discrete manufacturing and not the flow goods like chemicals, for example.  The local area is also a major part of the auto industry sector and so that has been one of the key starting applications of the Smart Manufacturing process.

There are many elements that are necessary to make an industry and a region successful.  Education and training always play an important role.  One contributor to Germany’s success in manufacturing and Industry 4.0 has been its vocational training system or ‘crafts’.

It is interesting to note the connection of vocational training and the emphasis on SMEs in Germany.  One of the sponsors of this conference was the China Association of Small and Medium Enterprises < http://www.ca-sme.org/ >.  In addition, one thing being looked at in Taicang right now is the creation of a vocational or craft training system as it exists in Germany.  That is also something we will be looking at in the coming months.

SEIML is engaged as a business advisor to companies in Germany, Italy and China in the development of Industry 4.0 in China. 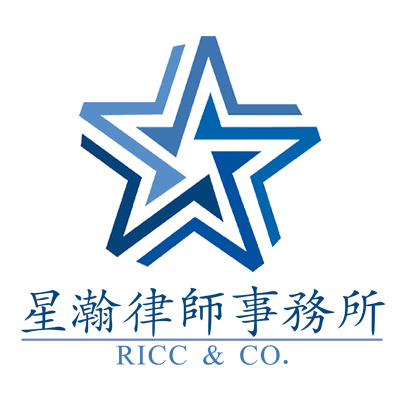